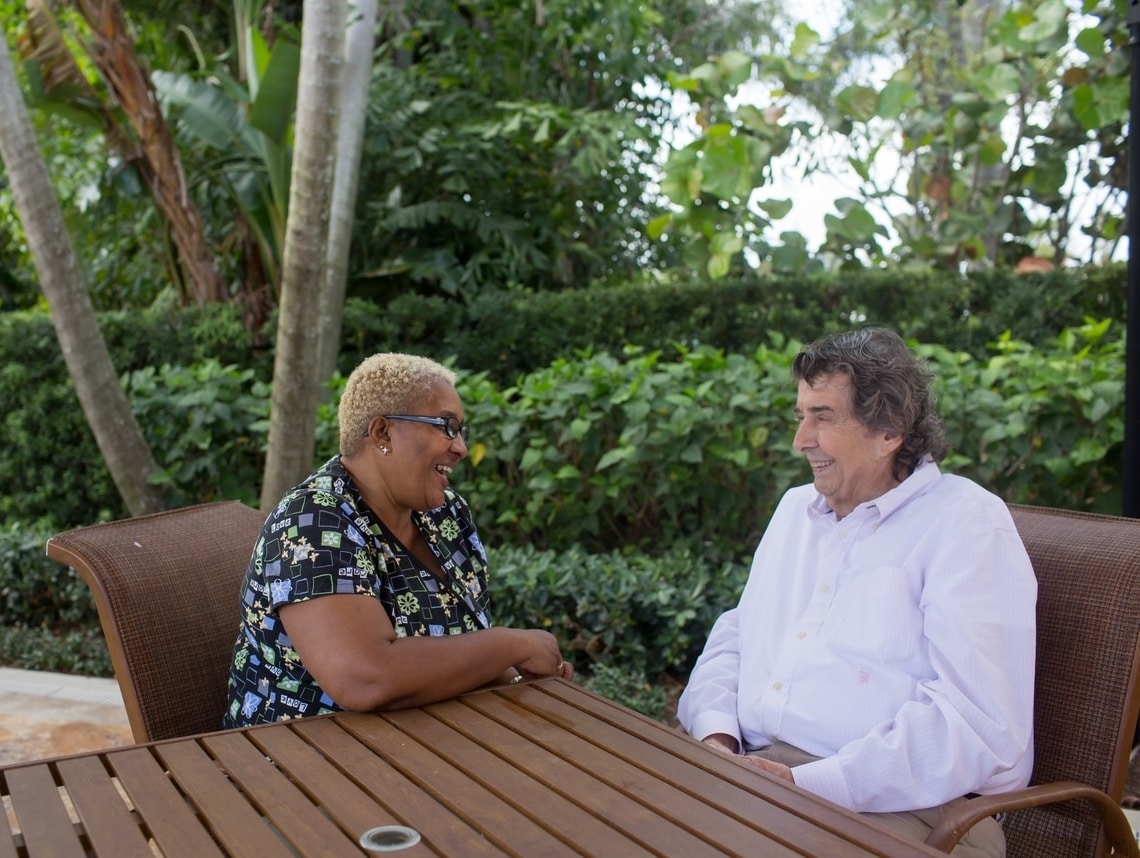 After immigrating to the United States from Denmark, George Moller worked as a European-trained chef. He lived for years in Chicago, New York, and California before heading south to Florida in 1969 to achieve his culinary dreams.

After experiencing a decline in his mobility several years back, George and his family sought help in home health care. They tried numerous agencies to find the right fit.

“We were very unhappy with other agencies. Then we were referred to Sonas and I was matched with Dorothy. I’ve never had an aide like Dorothy. She makes me happy. She makes me laugh every day.”

Dorothy Duncan moved to the United States from Jamaica. With 20 years of experience in home health care, she first worked as an aide in New Jersey before settling in Florida in 2007.

“I’ve been with the agency for nine years now. Six months ago, I got a call from Sonas. They said they had a nice patient for me named Mr. Moller.”

Their daily routine keeps George and Dorothy busy and happy. “Dorothy gets here every day at 9am,” George explains. “She’s so punctual I can set my watch to her. We have a list of things to do that we prepare the day before. We shop, we have doctor appointments. I have a whole alphabet of doctors. She drives me, she administers my medicine, she takes care of me. And she makes great oatmeal.”

No matter what else they do, there’s one thing they do every day together that makes them such a great match. According to George, “We get to laugh every day. She has a great sense of humor. We get some good laughs every day.”

Dorothy agrees, “George makes me laugh every second. The best part of my day is on the road to the doctor. If we’re late to the appointment, he says, ‘step on it,’ and we laugh.”

When asked what his favorite thing about home health care is, George replied, “Monday morning when Dorothy shows up.”

“I find working with George very rewarding,” Dorothy said. “One of the most important things is helping him keep his independence.”

“I’m very happy with Sonas,” George concluded. “There’s no substitute for Dorothy’s experience. When I had surgery, it was a pleasure for my family to communicate with Dorothy from out of state. It made them feel more comfortable. If the other aides at Sonas are anything like Dorothy, those patients are very lucky.”