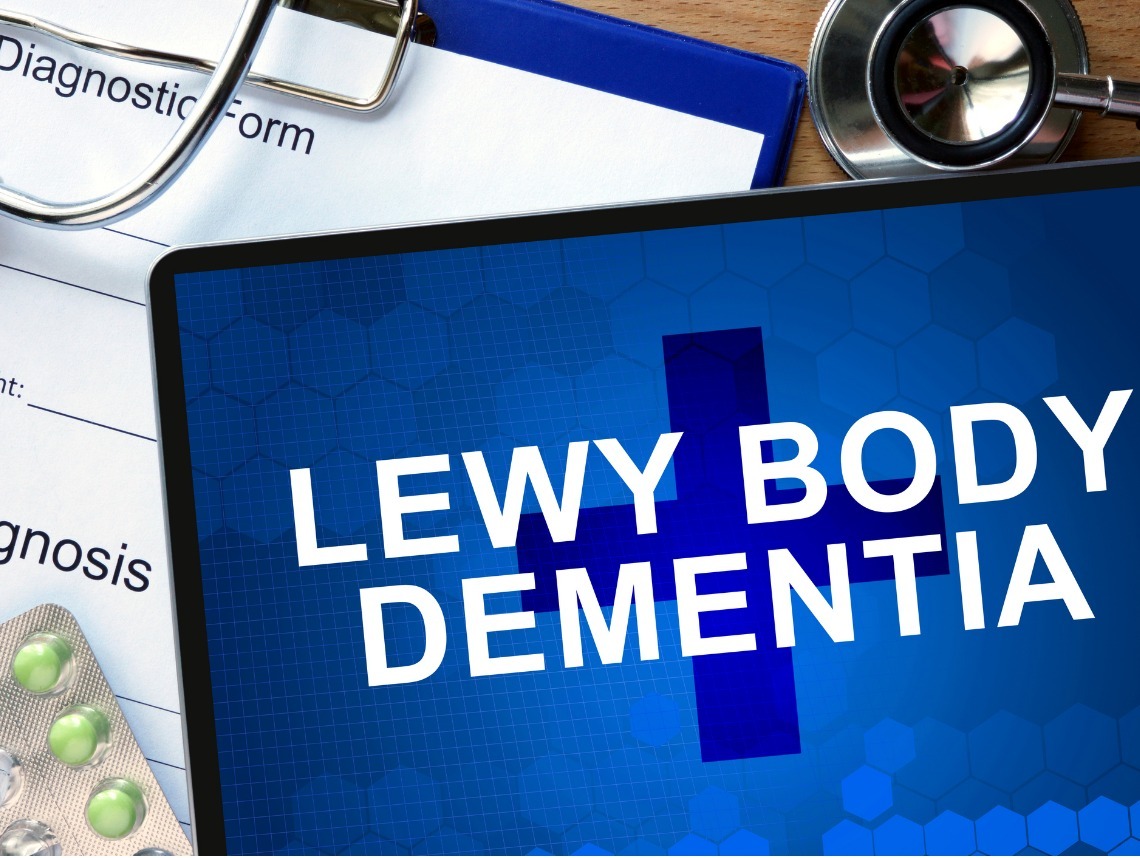 Having a family member diagnosed with dementia can be one of the worst days of a person’s life. Whereas a loved one was once full of life, energy, and vitality, now they are experiencing memory loss that interferes with their daily life as well as with their personality.

That said, not all types of dementia are the same. Most people are familiar with Alzheimer’s and its devastating effects. But what about when the doctor diagnoses your loved one with Lewy body dementia? What does it mean, and what can you expect moving forward?

What is Lewy body dementia?

Lewy body dementia is the second most common type of progressive dementia. It occurs when abnormal protein deposits develop in the cells of the brain that are responsible for memory, thinking, and motor skills. These deposits are also known as Lewy bodies. They get their name from Fritz Heinrich Lewy, the first doctor who noticed that these proteins cause people to modify their behavior.

In the early 20th century, a man named Friederich H. Lewy was doing research on the human brain and its various conditions when he discovered that some abnormal protein deposits can grow there.

These protein deposits can interfere with the way the brain normally works, settling in the brain stem where they disrupt the function and production of dopamine in the brain. This disruption causes Parkinson’s symptoms like tremors.

The protein deposits can also spread out across the brain and deplete another chemical called acetylcholine. This causes problems with behavior, thinking, and perception, which leads to what was eventually termed Lewy body dementia.

The signs and symptoms of LBD are very similar to those of Alzheimer’s Disease. They include:

While the symptoms of Lewy body dementia and Parkinson’s are different in the very early stages, as the illnesses progress, their symptoms become very similar.

For example, both conditions bring on:

This is why it is often very difficult to tell the difference between them or to realize that they are both affecting the brain at the same time.

Unlike Alzheimer’s disease, Lewy body dementia doesn’t progress in a predictable chronological order. A person suffering from LBD may experience a fluctuation in symptoms, going back and forth between feeling relatively well and being disoriented. At first, this may make family members feel as though their loved one is improving. Yet, when the patient regresses, it can be frustrating, and seem as though the patient just isn’t paying attention.

That said, there are three recognized stages of LBD:

Early Stage. During the early stage of Lewy body dementia, a patient’s memory still works fine, although every now and then, they may appear confused. While such behavior could happen to anyone and not be a sign of illness, watch for hallucinations, chronic urinary urgency, and difficulty moving.

Middle Stage. During the middle stage of LBD, a patient often experiences tremors and difficulty speaking, which is one of the reasons why the illness is sometimes misdiagnosed as Parkinson’s Disease. The patient may also become increasingly paranoid and confused more often.

Late Stage. During the late stage, a patient with LBD has an extremely difficult time communicating verbally. In addition, movement becomes so burdensome, they may require around-the-clock assistance for personal hygiene and activities of daily living.

Lewy body dementia is a common type of dementia, affecting over 1.4 million people in the United States. It can exist on its own, or it can be a part of another brain disorder, such as Parkinson’s or Alzheimer’s disease. LBD can also be misdiagnosed as one of these other conditions, because the symptoms and manifestations are so similar.

If a person is experiencing LBD symptoms, the doctor will check for signs of Parkinson’s Disease, as well as run neurological exams to test balance, eye movements, sense of touch, reflexes, and gait.

The doctor will also assess memory and thinking abilities by asking simple questions and running tests specifically designed to identify a decline in cognitive abilities.

Unfortunately, there’s no cure for LBD. It will progressively worsen over time. However, an early diagnosis is key because there are medications that can help curb symptoms. In addition, caregivers should learn how to modify the environment (such as removing clutter and any rugs or small furniture that may cause the patient to trip), and to create new daily routines that are simple to follow.

If you or an aging loved one are considering home health care services in Florida, contact the caring staff at Sonas Home Health Care. Call today (888) 592-5855.